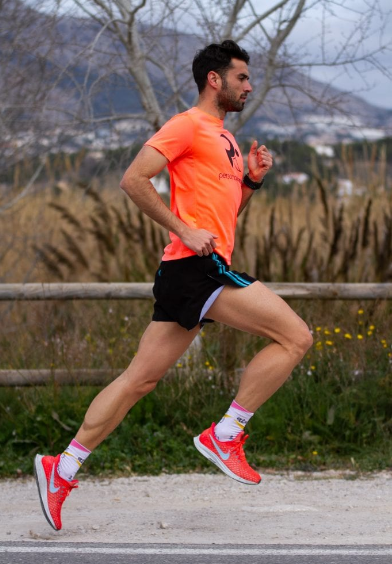 In order to run well, you not only have to think about aspects such as stride, rhythm and breathing. Above all, at the beginning. Novice runners forget a very important aspect of running techniques, such as stroking.

The stroke for a runner is of great importance. It helps the runner a lot in momentum, to delay fatigue and balances the body throughout the race. Its good execution also allows another impulse of the stride when coordinating it with our feet.

Thus, there is the false belief that running only has to take into account the lower body. In fact, you can do a test: try running with your arms behind your back or up to check the difficulty.

Therefore, the arms also participate in the running during the stroke, so doing a toning work of the upper body is also highly recommended. In our book : “How I became a runner if I hated running.” Keys to starting running from scratch, we show you many useful aspects of technical running distances through a very entertaining story loaded with overcoming. It will allow you to know what the transformation process of a person who becomes a runner is like and all the stages that occur at that time.

Recommendations to stroke correctly while running

In the stroke while running you must take into account a series of factors to obtain more performance.

It is important that you keep your shoulders without exerting any kind of force or pressure. This means that both the shoulders and the neck should not contract. In this way you will get your arms and shoulders to move relaxed, with ease and thus avoid possible muscle discomfort or contractures. 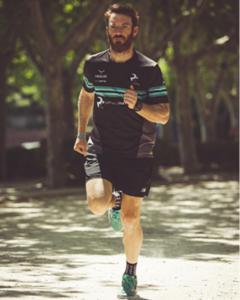 With the stroke while running, the elbows should be at a 90º angle moving them from back to front. This means that the elbows have to have a position parallel to the direction in which it is advanced. Thus, the hands will almost touch your body at the lowest point when they pass through the waist. At the highest point of the movement, the hands will reach shoulder level.

Holding your hands without tension means that you do not have to keep your fist in tension. Holding your hands will waste energy. Ideally, wear them relaxed, with neither open nor closed fingers, as if you were picking an orange or holding a chickpea between your thumb and index finger.

It’s obvious, but remember that you always have to keep a clear synchronization between legs and arms when running. If we take a step with the right leg, it will be the left arm that will be ahead of the body.

The arms are very important when running, as they provide balance, propel and favor the direction of the race. In addition, if we take care of their oscillation and movement, they will help us to optimize energy consumption.