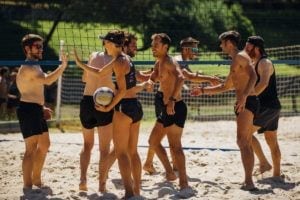 That physical exercise is healthy is something we all know. In addition to helping us to be better physically (it helps prevent many problems, including cardiovascular problems), it helps to recover from injuries, discomfort and pathologies. In addition, sport contributes to achieving greater emotional well-being . People who do physical exercise on a regular basis report feeling much more spirited and with much more energy.

There is a scientific explanation to clarify this relationship between physical and emotional well-being. And it has a proper name: endorphins .

Get a feeling of pleasure

Endorphins are called pleasure hormones or happiness molecules because they are what allow people to enjoy life, feel delighted by many things, and easily resurface from personal crises without too many emotional scars.

They are neurotransmitters produced by the pituitary gland (central nervous system) naturally in certain circumstances, for example when we get a massage, eat chocolate, laugh or do physical exercise. All these activities have in common the feeling of well-being and pleasure that we get from and with them. Endorphins act directly on receptors located in our brain that are responsible for obtaining the sensation of pleasure.

Runner’s Euphoria consists of the pleasure that you get after doing aerobic exercise for a long time, such as jogging or running regularly.

There are studies that evaluated and studied the levels of endorphins in various athletes before and after running. It was about knowing if there was a physiological level what is known as the euphoria of the runner. The conclusion they reached was that there are certainly areas of the brain associated with well-being that are stimulated by the production of endorphins after two hours of running, which is why the myth of the existence of the so-called Runners High o Corridor’s Euphoria has become a reality. Intense exercise potentially stimulates endorphin production.

Also, endorphins are stimulants. When athletes experience a release of endorphins they feel like they can do even more, as if they have been injected with energy. The more they exercise, the more capable they feel of doing more. And so begins a circle where more activities are done , self-confidence increases, energies are renewed and returns to an optimal state of health.

There are still more

More recent research has found that the high could also be caused by endocannabinoids, chemicals very similar to those found in marijuana . Accumulated a series of kilometers, the body generates hormones causing the generation of endocannabinoids that would enter the brain and generate other compounds with long-term effect. These conclusions appear in a study published in the Proccedings of the National Academy of Sciences of The United States of America where it was demonstrated in tests carried out with mice that they showed elevated levels of endorphins and endocannabinoids after running, an activity they do for fun.

They observed that the mice were less sensitive to pain, less anxious and calmer after running. They also appreciated their willingness to spend time in lighted areas of their cages rather than retreat to dark corners. When the team used drugs to block the animals’ endocannabinoid receptors, the mice were no longer relaxed after running, proving to be as anxious as before their runs and highly sensitive to pain. On the other hand, blocking opioid receptors did not affect her peace of mind after the race. 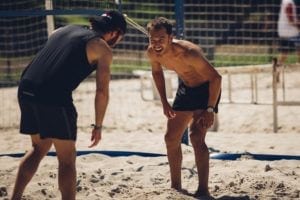 Group jogging also influences the release of endorphins. According to the University of Oxford, in a study with a group of rowers who trained together, a greater release of endorphins was found than those who did it alone, separately. For those who train alone, a good alternative is to run with music, since there are studies that indicate that this helps segregation.

Running in a group is a very popular activity lately because it will help you with your motivation, performance and your economy.
Group training has proven to have many benefits, not only in the social field, but in the field of health and physical and mental level. If you need more information about the race groups, do not forget to contact us, we will tell you all the advantages and benefits of running together.